About the author - english 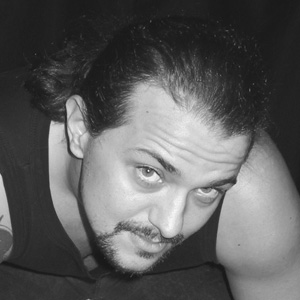 Dennis Nowakowski was born in 1976, in Oberhausen, NRW. As a trained media operator/web designer, he kept his head above water for many years with casual jobs. This work should still be very useful to him. Comics always sparked in him the passion to develop stories and translate them into pictures and speech bubbles. The originally learned profession of a carpenter gave him insights into technical drawings and perspectives, which he turned into comics. Later he worked as a show advertising designer, where light incidence and presentation were very important. Here, too, he applied the knowledge he had learned to his private projects.

Since 2015 he is self-employed as a tattoo artist and pursues his passion every day. Some years ago he discovered writing for himself. Although he had already written and realized several projects for comics, writing, especially of longer stories, fascinated him more and more. This was due to various books and authors that impressed him. Audio books did the rest to convince him to become a halfway acceptable author. To publish simple stories or non-fiction books, this was his declared goal. Modern media gave him new ideas and implementations for his projects. Image processing programs, graphics tablet and the Internet made it much easier to publish his own works. His web designer background proved to be very helpful.

My author page on Amazon Germany

My author page on Amazon UK

My authors homepage on Feiyr

My publishing homepage on Feiyr

We use cookies on our website. Some of them are essential for the operation of the site, while others help us to improve this site and the user experience (tracking cookies). You can decide for yourself whether you want to allow cookies or not. Please note that if you reject them, you may not be able to use all the functionalities of the site.